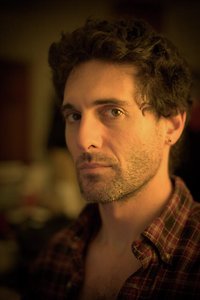 David Gross has reported war- and human rights-related stories since 1999. He has been working on stories around the identification of the missing from war and disaster for four years, beginning with an in-depth study of the UN police's missing persons unit in Kosovo. While he both reports and shoots pictures, Gross has worked primarily as a photographer and writes articles to accompany his photo essays. He has exhibited photographs in Kosovo, Yugoslavia, and the U.S., and his collection of Kosovo pictures earned him a World Press Photo award in 2003.
He is a graduate of U.C. Berkeley's graduate School of Journalism, where he studied print reporting, radio, and photojournalism, with extra studies at the Human Rights Center in war, post-conflict, and international human rights. He has published in various European and American magazines and newspapers. His previous professions included computer programming, graphic design, web design and art direction.